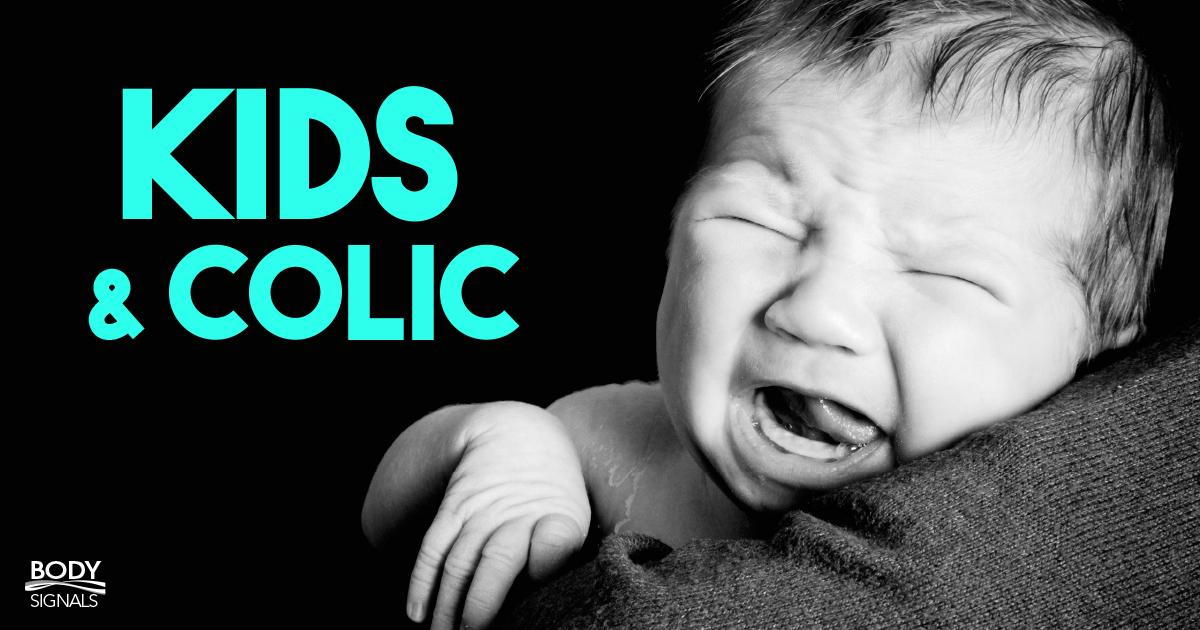 There’s nothing like the sound of a colicky baby. If you’ve experienced this in the past, I hope that sentence didn’t send shivers down your spine. Colic is characterized by intense crying and fussiness for 3 or more hours a day, which conveniently starts just about the time you are getting ready to sit down and relax for the night! The symptoms associated with colic typically peak at around six weeks old and disappear by 3-4 months, but the time in between can be one of the most stressful for any parent.

The exact cause of colic is still unknown. The development of the gut, or digestive system, appears to be an important factor. Also, stimulation to their still-developing nervous system may play a role. While love and patience may be the best “medicine” for dealing with colic, researchers have also discovered that Chiropractic care may be beneficial.  One study found that Chiropractic adjustments provided over a 2-hour decrease in crying time per day.

Dealing with colic isn’t easy, but try not to get too stressed out. Within a few months, the symptoms should naturally subside and all of those hours spent crying will be in your rearview mirror.

Colic. Mayo Clinic. 2018. The short-term effect of spinal manipulation in the treatment of infantile colic: a randomized controlled clinical trial with a blinded observer. JMPT 1999.

Find us on the map